Bernadeta Kasztelan-Świetlik joins a panel entitled “Public-law elements. The public interest and the role of UOKiK. How should ‘significant disproportion in economic potential’ be measured” ?

On 7 March, the University of Warsaw’s Faculty of Management hosted a seminar organised by the Centre for Antimonopoly and Regulatory Studies (CARS) devoted to disproportionate contracting advantage, a concept introduced in a recently enacted Polish statute with implications for the agricultural and food retail sectors.

The second panel of the event, entitled  "Public-law elements. The public interest and the role of UOKiK. How should ‘significant disproportion in economic potential’ be measured ?", featured Bernadeta Kasztelan-Świetlik, who spoke about practical interpretation of the elusive concept of economic potential in the new law. 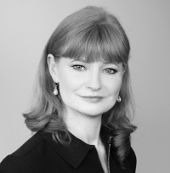 Bernadeta Kasztelan-Świetlik - Expert in competition law. Represents clients before the Office of Competition and Consumer Protection in cases concerning mergers, competition-inhibiting collusions, abuse of dominant market position, protection of consumer interests and unfair exploitation of contracting advantage. For many years, worked at the Office of Competition and Consumer Protection, also (2014 through 2017) as its Vice President, managing the operations of three departments – Concentration Control, Competition Protection, and Legal. Bernadeta Kasztelan-Świetlik publishes articles in the press and addresses various conferences, workshops, and training events.