Congratulations to our newly qualified colleagues !

We are very happy to announce that Klaudia Krawiec-Guz has successfully sat her final exams for admission to practice as an attorney, and Weronika Zdeb, Marcin Maciejak, Mykola Zembra and Mateusz Bańczak – as advocates.

Their achievements to date: 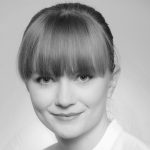 Kaludia Krawiec-Guz - Specialises in mergers and acquisitions, banking and finance. Previously worked at the law firm of Zimmerman i Wspólnicy sp. k. and in the legal department of a company specialising in the pharmaceutical sector. While still a student, gained experience as an intern at the Helsinki Human Rights Foundation and with the Civil Rights Ombudsman as well as providing pro bon legal advice on behalf of the University of Warsaw’s Law Clinic and the Akademia Iuris Foundation. Graduated with honours from the Faculty of Law and Administration of the University of Warsaw, at which she also completed the American law programme offered in cooperation with the Uni­ver­si­ty Flo­ri­da Le­vin Col­le­ge of Law. 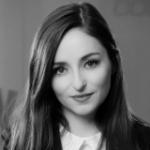 Weronika Zdeb - Specialises in civil law, business law and capital markets law. Legal aspects of M&A transactions, including due diligence studies and financing (equity as well as debt), including private bond placements, and restructuring processes at companies. Previously associated with renowned Polish law firms, contributing to the work of their commercial transactions and commercial disputes practices. At GESSEL since 2017. Graduate of the Faculty of Law and Administration of Jagiellonian University, at which she also completed a degree in international management (Faculty of Management and Social Communications). Completed an internship in the diplomatic team assigned to Poland’s mission to the United Nations and a postgraduate course in law and capital markets economics at the Warsaw School of Economics. 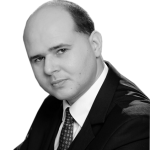 Marcin Maciejak - A member of GESSEL’s German Desk specializing in cross-border transactions and projects, first and foremost ones involving German-speaking jurisdictions. Also, advises on intellectual property law and on the protection of data and information. Worked with an international law firm and with an international corporation offering financial and management services with respect to real estate projects. As a student, worked with one of the Big Four auditors, with a number of law firms, and with a number of initiatives addressing issues such as access to legal information. With GESSEL since 2015. Graduated from the Faculty of Law and Administration at Adam Mickiewicz University in Poznan and completed a course of study in German and Polish Law at Europa-Universitaet Viadrina in Frankfurt an der Oder. 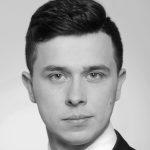 Mykoła Zembra - Specialises in Company law. Before joining GESSEL in 2016, spent four years with Polish and and international law firms, working on corporate law issues. In 2012, graduated from the Faculty of Law and Administration of Jagiellonian University, at which he also completed a degree course at the School of Ukrainian Law. In 2015, completed the Companies Academy Postgraduate Studies programme organized by the Warsaw School of Economics in Warsaw. 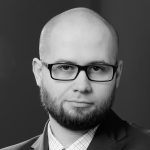 Mateusz Bańczak - is proceedings before the courts, with especial emphasis on business cases and on establishment of legal title in real estate. Previously worked as an assistant to a judge at the Regional Court in Warsaw, handling business cases, particularly disputes involving unfair competition claims and construction works contracts, and as a clerk at the District Court for Warsaw-Mokotow, issuing decisions with respect to land and mortgage registers and debt enforcement cases. With GESSEL since 2018. Graduate of the Faculty of Law and Administration at the University of Warsaw, also completed a Russian law programme organised by Lazarski University with the Legal Institute in St Petersburg and general training articles at the National School of Judiciary and Public Prosecution.