We are proud to announce that Dr Beata Gessel-Kalinowska vel Kalisz has been awarded the prestigious title “Lawyer of Three Decades”.

On 3 December, a gala event was held at Sobański Palace in Warsaw, bringing together partners of the largest multinational and domestic law firms active in Poland. The highlight of the event comprised the awarding by Ziemisław Gintowt and by Włodzimierz Chróścik of, respectively, the attorneys’ and the advocates’ regional associations, the title of “Lawyer of Three Decades” to Dr Beata Gessel-Kalinowska vel Kalisz as well as to 38 other advocates, attorneys and foreign lawyers. The award recipients were selected by a panel convened under the auspices of the Polish Union of Private Employers and of the Rzeczpospolita daily.

This title is intended as an honour for accomplished corporate lawyers who, after the momentous year 1989 (in which Poland’s economic and political reforms commenced, hence the reference to three decades), contributed to development of the legal services market in Poland as well as pursuing academic, social or public work, fostering the development of Polish law and of the national economy.

Dr Beata Gessel-Kalinowska vel Kalisz was the founder, in 1993, of the GESSEL law firm, which she led in its day-to-day operations over the subsequent 23 years (as the first woman to manage a large law firm in Poland). From the very outset, she played an active role in transformation of the Polish economy, advising on merger and acquisition transactions in the nascent Polish market and forging the way for private equity and venture capital, which were then novel concepts. She continues to chair the Audit Committee of the Polish Private Equity Association.

Dr Beata Gessel-Kalinowska is also an internationally renowned arbitrator. As of 2015, she is one of the Polish representatives at the International Court of Arbitration of the International Chamber of Commerce in Paris, and in 2018 she was appointed vice president of the ICC Central and Eastern European Arbitration Group. Between 2011 and 2017, she served as president of the Lewiatan Arbitration Court, becoming its honorary president in 2017; in these capacities, she oversaw growth of the Lewiatan tribunal in line with best international practices. As Chamber Global 2017 put it, “ Beata Gessel has put Poland on the international arbitration scene ”. Dr Gessel has consistently worked to promote and increase the role of women in arbitration.

Dr Gessel lectures on international commercial arbitration and M&A at Cardinal Stefan Wyszyński University in Warsaw. Having successfully completed her PhD, she is working on another book based on her comparative legal studies at Oxford University, as a Herbert Smith Freehills Visiting Professor at Cambridge College, and now at Wolfson College in Oxford.

Dr Beata Gessel-Kalinowska is also well known for her numerous initiatives to the benefit of the arts and of society. Her work for propagation of modern art has been honoured by the Minister of Culture and National Heritage.

GESSEL’s overall expertise and individual successes are regularly noted by publication such as the Rzeczpospolita daily, Forbes, Legal 500, Chambers Global, and Chambers Europe. 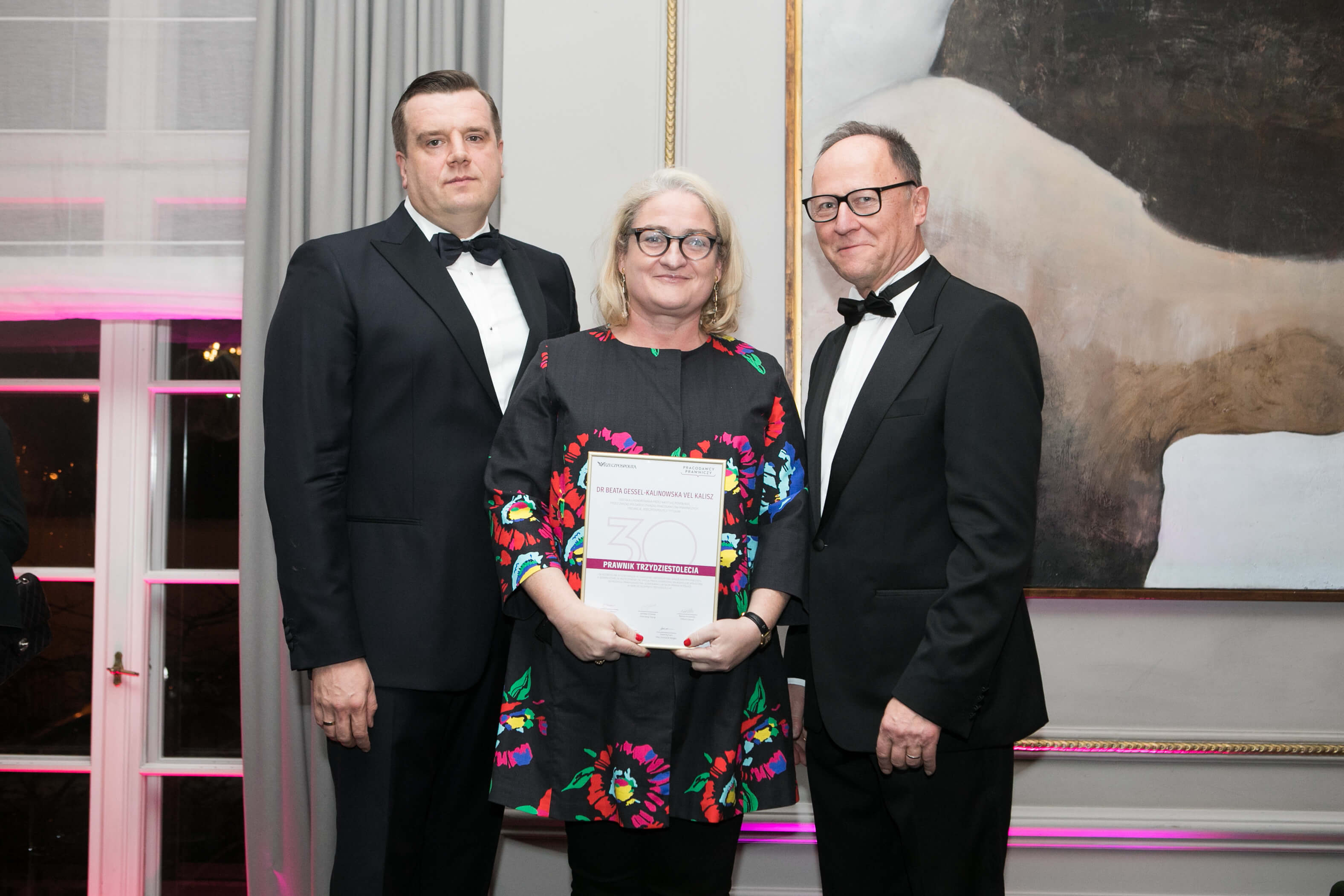