GESSEL advises Bioton S.A. on sale of its stake in SciGen

GESSEL provided legal support to Bioton S.A. on its sale of a 95.6% stake in SciGen to Yifan International Pharmaceutical of China. SciGen is an SSX-listed Singaporean company – a bulk trader in human insulin.

The complex legal support package contributed by GESSEL included devising and implementing the overall transaction structure, drafting and negotiation of the transaction documentation, analysing the regulatory aspects from the perspective of requisite clearances, and assistance at the actual signing – not to mention coordination of the entire project across the multiple jurisdictions concerned.

The transaction contracts were signed on 15 May 2018. The deal value is USD 56.7 million, including USD 26.8 million as the value of the shares being sold. In an important element of the entire structure, SciGen’s debt vis a vis Bioton will be restructured by way of partial annulment and of Bioton’s take-over of SciGen’s commercial rights in a number of national markets as well as rights in certain SciLin trademarks. 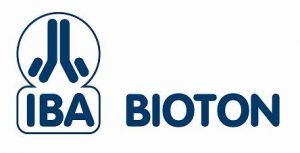 Bioton S.A. is a Polish biotechnology company specialising in production of recombined human insulin (also in pharmaceutical variants) and antibiotics. Bioton is listed on the Warsaw Stock Exchange.

Given the usual context of our operations, this has been a rather atypical transaction – multifaceted and highly complex in its business and legal aspects. An additional degree of difficulty was accounted for by the number of jurisdictions involved – apart from Polish law, we found ourselves dealing with Singaporean, Australian, Hong Kong, Austrian and New York law. The actual negotiations continued over half a year, with all the elements of a roller coaster ride. Which we enjoyed, actually, and we are proud to have assisted our Client, Bioton S.A., on this complicated case !

The multidisciplinary GESSEL team working on this transaction was headed by Marcin Macieszczak, Managing Partner, with day-to-day leadership by Krzysztof Jasiński, senior associate. 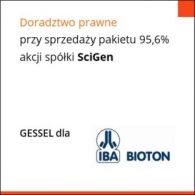