Meeting with Representative of ICC Sweden

On Wednesday, March 21, GESSEL hosted a meeting with the representative of ICC Sweden, Mr. Robin Oldenstam.

Meeting began with the welcome speech by Dr. Beata Gessel-Kalinowska vel Kalisz, who then gave the floor to Maciej Jamka - President of ICC Poland. Mr. Robin Oldenstam then presented the practical side of the Swedish arbitration in general from the perspective of a practitioner, peculiarities in the SCC Rules compared with the ICC Rules and, to sum up, activities of ICC Sweden. Next, dr Beata Gessel-Kalinowska vel Kalisz moderated a discussion session in which participants could get their questions answered by respected practitioners.

Robin Oldenstam, Partner at the Swedish law firm Mannheimer Swartling, specializes in arbitration, is also a member of ICC Sweden.

This was another meeting of ICC Poland members with representatives of international arbitration institutions organized by Dr Beata Gessel-Kalinowska vel Kalisz. The venue for those meetings was GESSEL office. 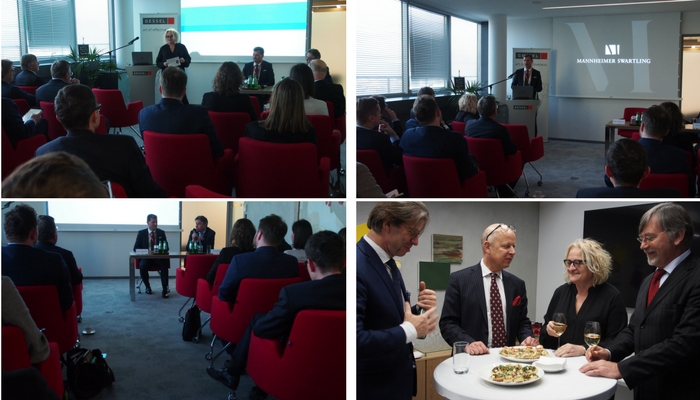