The Sejm, the lower chamber of Polish parliament, has just adopted and passed on to the Senate the latest package of legislation touted as the Anti-Crisis Shield intended to counter the effects of the coronavirus epidemic. The numerous legislative proposals advanced by the government in this context include amendments to the legislative Act of 24 July 2015 regarding control of certain investments (“the Act”) which, if adopted, will have the effect of significantly expanding the powers of the Polish state – represented by the President of the Office of Competition and Consumer Protection (“UOKiK”) – to interdict investments as a result of which control or dominance over a protected entity would pass to an Investor who:

Apart from that, the legislation expressly stipulates that subsidiaries, branches, and representative offices of such an Investor shall be regarded as entities which do not have their seats within the European Union.

Who are the protected entities ?

Protection from take-overs under the proposed legislation extends to business enterprises with their registered seats in Poland whose revenues from sale of goods and services within Poland in either of the 2 financial years preceding the filing exceeded the equivalent of EUR 10 mln. Protection shall extend over:

Under the pending legislation, an Investor who intends to purchase / acquire dominance / a significant stake in a protected entity is obligated to file notice of such intent to UOKiK, presenting the specific information called for in the Act. Then, until the deadline for action by UOKiK has elapsed, the Investor must refrain from proceeding with the actions covered by the notice. If the intended actions described in the notice do not fall within the ambit of the Act, UOKiK shall refuse to initiate preliminary verification proceedings by way of a decision (which will not be subject to appeal).

The proposed legislation will empower UOKiK to block only such investments as result in acquisition / achievement by the Investor of a significant stake or of dominance in the entities subject to control. In this aspect, the Act adopts a rather broad approach, defining

dominance as a situation in which the Investor secures the status of a dominant entity vis a vis a protected entity by:

Such dominance may be secured either through outright purchase / acquisition of shares (or rights from shares) or through execution of a contract for management of the entity or for partaking in such entity’s profits.

A significant stake, meanwhile, is defined in terms of the ability to influence the operations of an entity by virtue of holding:

Acquisition / achievement of a significant stake, finally, is defined as:

The duty of prior notification shall also apply to scenarios resulting in indirect acquisition of dominance / achievement of a significant stake (e.g. through a subsidiary), and likewise to instances of acquisition via succession (e.g. consequent to redemption of the shares in a protected entity, its demerger, or its merger with another entity).

The legislative proposal calls for a catalogue of penalties for transgression against the Act. These include:

- Acquire / achieve a significant stake / dominance without making a filing,

- Perform such an act in the name, or to the benefit of, a legal entity or an organisational entity without legal personality;

- Are obligated – under applicable laws, or pursuant to contract – to attend to the affairs of a subsidiary and who knew of the planned acquisition but did not file notice with UOKiK,

- Were participating in the session of a principal governing body of a protected entity / in the adoption of resolutions by shareholders of a protected entity and proceed to exercise rights from shares one behalf of an entity which, in spite of the applicable duty, failed to file notice of achieving a significant stake in a protected entity, even though such individual was aware of this circumstance, or could have apprised herself accordingly on the basis of information made available in accordance with the law.

The procedure at UOKiK

In particular, UOKiK may commence proceedings ex officio where it discerns indications of abuse or circumvention of the law, first and foremost some stratagem to evade a filing duty (the circumvention clause). Such indications would include situations where the entity concerned:

To go by the reasoning proffered along with the draft Act, such solutions are to enable oversight of entities from beyond the European Union which, as the legislature poetically put it, “drape themselves in the robes” of EU / EEA companies as a ruse, so as to evade the controls put in place by the Act.

The assessment by UOKiK is to proceed in two stages – preliminary verification proceedings and the control proceedings proper.

During the first stage, UOKiK will have 30 business days for issue of:

Such a decision cannot be appealed.

Within 7 days following commencement of control proceedings, UOKiK shall notify the European Commission and the remaining member states in accordance with art. 6.1 of Regulation (EU) 2019/452 of the European Parliament and of the Council of 19 March 2019 establishing a framework for the screening of foreign direct investments into the Union.

UOKiK then has 120 days from initiation of control proceedings to issue its decision.

In its decision, UOKiK may object to acquisition / achievement of a significant stake / dominance in a protected entity if:

The decision issued by UOKiK may be appealed before the administrative courts. 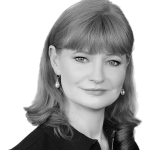 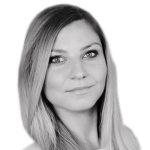