Established in 1992, the BPCC has been working to foster business between the United Kingdom and Poland, bringing together business partners and promoting best practices. Its member companies represent approximately 25% of direct foreign investments in Poland.

Since 2016, GESSEL is a member of PAIWG, an organisation assembling companies from various sectors interested in furthering Austrian-Polish business cooperation as well as experts in foreign trade, economics, marketing and law. Their shared goal lies in fostering a joint platform supporting expansion of Polish and Austrian businesses.

The SPCC was established by, and for, business people associated with Scandinavia. It now has over 400 members (a number which, as of 2016, includes GESSEL), making it one of the largest bilateral chambers operating in Poland.

The Deutsch-Polnische Industrie- und Handelskammer is not only the largest bilateral chamber in Poland, but also one of the largest within the worldwide AHK network. AHK Polska represents approximately 1,000 member companies, GESSEL among them, and is now celebrating the 25th anniversary of its founding.

The Polish-Luxembourg Chamber of Commerce was established in 2018, with GESSEL as one of its founding members. It works to streamline business cooperation between entities from the two countries.

In 2010, GESSEL became a supporting member of the Polish national committee of the International Chamber of Commerce (ICC), and Beata Gessel-Kalinowska vel Kalisz, PhD, senior partner joined the Polish chapter of ICC as an ordinary member. The International Chamber of Commerce, established in 1919, is a non-governmental organisation bringing together business enterprises and chambers of commerce / industry from 130 countries. It holds consultative status with the United Nations and is the preferred partner of international and regional business organisations. The ICC draws up standardised rules for international business, and it operates the largest arbitration court for commercial disputes.

International Advisory Experts is a global alliance of renowned law firms, financial houses, and consulting outfits working to bring specialised solutions for global business. Aldona Pietrzak, partner in GESSEL, is one of its experts who, among themselves, represent 140 jurisdictions. 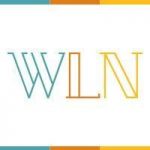 Aldona Pietrzak, partner in GESSEL, is a member of the Women’s Law Network, an organisation which works to further women’s advancement in the broader legal field by forging professional networks.

Aldona Pietrzak, partner in GESSEL, is a member of the Family Firms Initiative Association It was founded in 2008 by representatives of business, academia, and the consulting sector and has since developed into the largest organisation of family-owned businesses in Poland.

Aldona Pietrzak, partner in GESSEL, represents Poland within the Monterey Funds Club. In existence since 2002, the Monterey Funds Club assembles lawyers from fourteen European jurisdictions who specialise in advising investment funds and financial institutions. The Club’s members meet on a semi-annual basis to discuss and evaluate the most recent developments and trends in this line of practice.

GESSEL is a partner of the Association of Private Investors, the largest investor organisation in Poland (a member of Euroshareholders since 2001). This organisation pursues a number of initiatives to the benefit of the private investor community, including production of analyses and reports and organisation of training events and conferences. GESSEL’s involvement in activities of the Association of Private Investors is coordinated by Leszek Koziorowski, partner.

GESSEL cooperates with the Polish Association of Listed Companies. In existence since 1993, the Association offers assistance and consultations to member companies listed on the Warsaw Securities Exchange (and the New Connect alternative market) with respect to legal requirements, regulatory issues, and investor relations. The Association furthers development of Polish capital markets by way of educational, promotional, and lobbying work. Responsibility on the part of GESSEL rests with Leszek Koziorowski, partner.

The arbitration tribunal affiliated with the Lewiatan Confederation, a Polish business organisation, considers commercial disputes on the domestic and international levels. Beata Gessel-Kalinowska vel Kalisz, PhD, senior partner in GESSEL, is the Honourary President of the Arbitration Court (and served as its President until April 2017).

We provide substantive support to the Women’s Congress (whose programme council includes Beata Gessel-Kalinowska vel Kalisz, PhD, our firm’s senior partner. The main goals of the Congress comprise gender parity among candidates for public office and institution of an independent office of an Ombudsman for Women and Equality.