Divestment of assets by unscrupulous debtors to the detriment of their creditors is rife. Accordingly, the claim for fraudulent conveyance is assuming ever-greater significance in legal dealing. Art. 527 et post of the Polish Civil Code provide a basis for a creditor to seek a declaration of invalidity with respect to an act effectuated between her debtor and a third party where such act resulted in harm to the creditor. Given the increasing number of transactions between Polish and foreign entities, and thus greater incidence of contractual relations with “foreign” elements, the question arises how to identify the court competent to consider a fraudulent conveyance claim brought against a foreign partner of the debtor. This question has been partly resolved by the Court of Justice of the European Union in its judgement of 4 October 2018 in case C-337/17 (Feniks sp. z o.o. vs Azteca Products & Services SL), which has immediately been hailed as precedent-setting. Even though the third party benefiting from fraudulent conveyance in this case was a Spanish company, the creditor sued before a Polish court; the latter, entertaining some doubts as to its jurisdiction, approached the Court of Justice with a question of law as to whether a fraudulent conveyance claim falls within the scope of cases concerning contracts within the meaning of art. 7.1.a) of Regulation (EU) No 1215/2012 of the European Parliament and of the Council of 12 December 2012 on jurisdiction and the recognition and enforcement of judgments in civil and commercial matters (...)

The full article is available in Dziennik Gazeta Prawna. 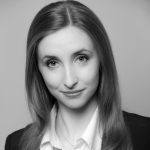