President of UOKiK: End of indulgence, also for retail networks – Time for fines

The Polish Office of Competition and Consumer Protection (UOKiK) has just imposed its first penalty for abuse of contracting advantage. In the maximum amount possible, no less. And it is promising to exercise these powers more frequently in the future.

PLN 8.3 mln – this is the penalty levied on T.B. Fruit Polska for infringement of the laws proscribing abuse of dominant market position. T.B. Fruit, a Francoso Corporation entity, is one of the largest fruit buyers and apple concentrate producers operating in Poland (it also buys and processes black cherries, raspberries, chokeberries, strawberries and blackcurrants). UOKiK found in the course of its proceedings that T.B. Fruit has not been abiding by the payment deadlines agreed with its contractors. (...) This is the first financial penalty levied on the basis of the legislative Act of 15 December 2016 regarding counteraction of unfair use of contracting advantage in agrifoods dealing (2017 Dz.U. item 67, as amended). Moreover, the fine assessed – at 3% of T.B. Fruit’s turnover for the preceding year – is the highest possible in accordance with the formula laid down in this Act. The penalty is not final, in that the company may still appeal the fine before the courts. (...)

(...) Experts take the view that, to date, UOKiK has adopted a soft touch in applying the unfair contracting advantage act. Six decisions had been issued to date, but these were commitment decisions. “The company concerned undertook to amend its contracts, and UOKiK did not apply a fine”, explains Bernadeta Kasztelan-Świetlik of GESSEL, former vice president of UOKiK. In her view, solutions of this sort are beneficial for the market, in that the enterprise which assumed an undertaking would change its conduct promptly, without waiting for the decision to proceed through all stages of appeal, which could easily take years (see the remarks by Bernadeta Kasztelan-Świetlik). These cases included those of Cykoria (UOKiK decision no. RBG - 3/2018 of 5 March 2018), Real (decision no. RBG - 11/2019 of 22 July 2019), and Sudzucker (decision no. RBG - 7/2019 of 26 April 2019). In all these instances, the enterprise voluntarily obligated itself to change its practices and improve the situation of its contracting parties, in recognition of which UOKiK did not exercise its right to impose a fine (...) 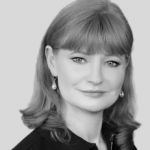 A settlement is good for all
Bernadeta Kasztelan-Świetlik, GESSEL, former vice president of UOKiK

The legislative Act regarding unfair contracting advantage has been on the books for more than two years now. During this period, UOKiK endeavoured to actively enforce its provisions, at the level of soft measures as well as of commitment decisions. The net effect was that enterprises amended their standard contracts used in dealings with produce suppliers, without the need to resort to long court proceedings. This has been an indubitable success on UOKiK’s part. I, for my part, have always favoured solutions of this sort in that they are good for the market at large (the business entity changes its conduct promptly, without waiting for the decision to proceed through all stages of appeal) and for UOKiK (it can put its limited human resources to other, more effective uses).

The statements by UOKiK’s president seem to indicate that, in cases where the business enterprise is willing to modify its practices and to quickly implement solutions advantageous to its contracting parties, UOKiK will forego imposing a penalty. Failing this, UOKiK imposes stiff fines, as it did with T.B. Fruit Polska. Will the Biedronka case likewise conclude with a commitment ?  At this stage, it would be difficult to say, even though Biedronka’s communique professes a desire to cooperate with UOKiK. The T.B. Fruit Polska penalty constitutes yet another message to enterprises that they should take a moment to review the terms of their contracts with suppliers. Especially now that the Act regarding unfair contracting advantage has been amended, leaving UOKiK in a better position to bring charges.