The latest edition of the Anti-Crisis Shield legislation intended to address the corona crisis, enacted on 14 May 2020, includes regulations of material relevance to proceedings before the Polish courts.

Deadlines in the course of proceedings begin to run again

The latest iteration of the Shield legislation repeals art. 15 zzs of Shield 1.0 from 2 March 2020 which provided that, for as long as the country is formally in a state of epidemic or of epidemic risk in connection with the Covid-19 outbreak, deadlines in the course of all and sundry proceedings did not begin to run or, for those on which the clock was already ticking, ceased to run.

This amendment amounts to an unequivocal signal that it is the general intent of the legislature to reopen the courts after what has been a well-nigh complete lockdown over the past weeks.

A separate issue is presented in the extent to which it is safe to hold court sessions. Art. 15.6 zzs of the original Anti-Crisis Shield from March 2020 provided that, while the country remains on an epidemic risk footing, open hearings may be held in urgent cases only. The newest Shield from 14 May 2020 now repeals this provision, with the effect that, once it has come into force, there will be no legislative counterindications to holding open hearings and sessions also in cases which do not qualify as urgent.

At the same time, the legislature has endeavoured to provide for the possibility of proceeding with court cases without the necessity of physically coming together in an actual courtroom.

Under the latest Anti-Crisis Shield, while the country remains on an epidemic or epidemic risk footing on account of the Covid-19 outbreak, and likewise for a year after their repeal:

Proceedings before the administrative courts

Hearings using remote communications technologies with simultaneous relay of audio and video may also be held by regional administrative courts and the Supreme Administrative Court, unless proceeding with a hearing / session in “traditional” form does not entail undue risk to the health of its participants. Also here did the legislature provide for a sunset clause – these provision shall expire one year after repeal of the state of epidemic or of epidemic risk, whichever comes later.

The Supreme Administrative Court will also be able to consider extraordinary appeals (kasacja) in a closed session, provided that all the parties concerned agree within 14 days of receiving notification of the planned closed hearing.

Regional administrative courts will be able to consider complaints in a closed session if the presising jude deems such consideration necessary and proceeding with a “regular” hearing as provided for in statute would entail undue risk for the health of its participants (and holding the hearing on a remote basis with simultaneous audio and video relay is impossible). In such an event, the regional administrative court will not have to await express consent, or lack of objection within a set deadline, from the parties. 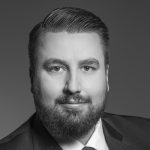