The Covid-19 Act introduces measures intended to facilitate immigration and employment issues for foreigners in Poland under the state of epidemic risk or epidemic.

In what is probably the most important single development for foreigners as well as their Polish employers (many of whom would normally be consulting the legislative Act of 12 December 2013 regarding foreigners), there has been an extension of the deadline for applying to the competent authorities for temporary residence permits, permanent residence permits, prolongations of Schengen visas and domestic visas, and for prolongation of the Polish sojourn of foreigners permitted to enter Poland without a visa.

A foreigner remaining in Poland for the duration of such extended period for her application shall be recognised as a legal alien provided that, at some point during this extended permit, she filed an application for the permit she would normally require.

Declarations of entrusting are a simplified form of hiring foreigners from qualifying countries (first of all from Ukraine and certain other countries from the former Soviet Union) whereby the principal / employer simply serves official notice that he is entrusting a set of employee duties to the individual concerned. In cases where the final day of work by such a foreigner, as entered in the relevant register, arrives while Poland remains on some sort of emergency footing related to the pandemic, such foreigner may continue to work for the same entity until the elapse of 30 days since the state of epidemic risk / state of epidemic had been lifted. Such additional period shall not be counted towards the foreigner’s total duration of work pursuant to a declaration of entrusting. 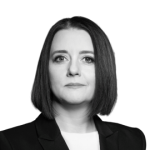