Among its sundry other provisions, Shield 3.0 endeavours to introduce some semblance of order to the various rules governing waste management.

A sigh of relief, not just for local councils

Shield 3.0 gives local communities more time for adoption of resolutions implementing cleanliness and general upkeep rules. The legislative Act from 2019 regarding amendment of the Act regarding maintaining cleanliness and general upkeep in local communities and certain other acts gave the local authorities until 6 September 2020 to bring their relevant sets of rules in compliance with the rearranged community waste management system. Many of the local councils which duly adopted new rules found themselves struggling with numerous formal defects, with the result that implementing the new rules fell to regional accounting chambers and to the central government’s representatives to the regions (wojewodowie), even though these are local laws. These problems were caused by incorrect methodologies for defining the actual fee and the reference rates; further misunderstandings arose due to the size of the waste receptacle and the proportionate – or otherwise – nature of the reference rate, in that the legislature set a maximum rate without pausing over the diverging sizes of different refuse container types.

Shield 3.0 presently extends the deadline for duly adapting the local rules (and, thus, the fees for collection of municipal waste) until 31 December 2020. Until such a time as the new rules are resolved upon, the old reference rates and methods for charging for waste collection will continue to apply.

In like spirit, Shield 3.0 affords extra time for fulfilling the waste management reporting and audit duties for 2019. These facilitations are extended not only to local self-government bodies, but also to entities which actually collect the waste for disposal and recycling. While local authorities have until 31 October 2020 to file their reports for 2019 (and regional self-governments will most likely benefit of an extended deadline, through 31 December 2020), entities pursuing regulated business operations concerning collection of municipal waste and recycling stations have until 31 August 2020 to file their reports for 2019 with the competent self-government authority.

Problems with securing entry in the wastes data base (BDO) have been rife, afflicting most entities which generate waste as well as all and sundry providers of waste-related products and services. In accordance with the law, entities wishing to pursue business in such areas (e.g. recycling operators, entities handling old electronics devices, or entities transporting waste domestically or within the EU) must obtain entry in the BDO. There was also trouble with the duty to keep registers and file reports via the BDO system as of

January 2020. The system proved to be ridden with glitches, largely preventing due logging of waste generation and handling operations, and the entities affected were worried that the resulting failure to comply may expose them to fines.

Shield 3.0 provides that entities specified in art. 50.1 of the legislative Act regarding waste which have applied for entry in the BDO data base but not obtained such entry yet may, until 31 December 2020, pursue their business operations the lack of entry notwithstanding without incurring the fine provided for in art. 194.1.5 of the same Act. Also, their waste logs may be maintained in the same form as before – on paper.

Permit for collection, generation and/or processing of wastes and integrated permits to remain valid longer

The general idea of these provisions of Shield 3.0 is that holders of permits expiring while the country remains on an official epidemic risk or epidemic footing benefit from an extended validity period, provided that they had submitted, in due course, an application for extension of same.

There has also been an extension of the validity of existing decisions the holders of which had applied, on or before 5 March 2020, for amendment.

For both the above categories, validity of the decision shall expire as of consideration of the application for amendments, as of issue of a new permit, or as of notification of the applicant that the application shall not be considered. The implication is that the enterprises concerned ought to apply especial care when collecting and sorting their mail, the difficulties entailed by the epidemiological situation notwithstanding. 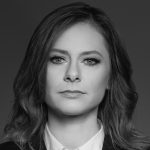