We are proud to announce that Prof. Marek Michalski, of counsel, has been appointed pro-rector for finance at Cardinal Stefan Wyszyński University in Warsaw.

Our colleague’s official appointment to this post by rector Prof. Rev. Ryszard Czekalski took place on 10 September, during the first session of the University’s Senate in its new term in office, set to run through 31 August 2024. 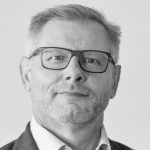 LM in law, Jagiellonian University (1991), PhD in law, Jagiellonian University (1996), also studied at l’Université Paris II Panthéon-Assas in Paris. Professor since 2014. Since 2006, head of the Private Commercial Law Department at the Law and Administration Faculty at Cardinal Stefan Wyszynski University in Warsaw, now the Commercial Law and Digital Economy Department. Between 2008 and 2010, vice dean of the  Law and Administration Faculty at Cardinal Stefan Wyszynski University and then, through 2020, dean. Between 2012 and 2020, sat on the Cardinal Stefan Wyszynski University senate, chairing its Finance and Assets Committee. Served on the Supervisory Boards of, among other entities, Giełda Papierów Wartościowych w Warszawie S.A. – operator of the Warsaw Stock Exchange (2006–2008), Alior Bank S.A. (2008–2017), and Metro Warszawskie sp. z o.o. – the Warsaw underground transit system operator (since 2017). Since 2007, president of the Conciliation Jury of the National Depository of Securities; member of the Legislative Solutions Committee of the Sectoral Competences Council for Telecoms and Cybersecurity.

Member of the programme councils of the periodicals “Zeszyty Prawnicze”, “Forum Prawnicze”, “Monitor Prawa Handlowego”; and “Prawo i Więź”; editor in chief of  “Człowiek w Cyberprzestrzeni” and “Młody Jurysta”.