Penalty for loyalty – Algorithms put to new use

Because of abuse of big data by large companies in the United Kingdom, some 80% of households overpay in at least one of the categories of insurance, mortgages, savings accounts, internet and mobile phones – to the aggregate tune of approximately GBP 4 bln. In picking out those customers who are likely to pay more rather than shopping around for a better deal available in the market, companies rely on algorithms. This problem, also in its legal perspective, is described by Bernadeta Kasztelan-Świetlik of GESSEL and Bartłomiej Świetlik, LLB, translator.

It is common ground that the internet has enabled unprecedented economic growth. At the same time, however, concern is increasingly being voiced about how the world wide web may be exploited to violate competition and consumer protection laws. The issue of algorithm-enabled price collusion among business enterprises has been keeping competition authorities up at night. So, are we dealing with the Predictable Agent or the Digital Eye ?  Price collusion of any form usually leads to increased prices for the given good or service, leaving consumers worse off.

Full text is available on prawo.pl 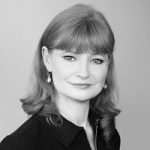 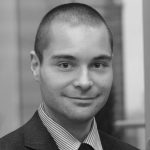