Turów Lignite Mine – the ecological rollercoaster

For the past few days, the situation concerning the Turów coal mine and power plant has been something of a rollercoaster ride, morphing from a diplomatic and societal dispute to a legal one, and veering from hard-knuckle litigation to (almost) amicable negotiations and back again.

In handing down its interim decision pending further consideration of the case, the Court of Justice of the European Union cited three grounds. These, honestly, are difficult to argue with.

Firstly, the Czech side has demonstrated that the Polish administration’s decisions concerning the licence for continued operation of the mine and its expansion had been unlawful. The dispute is rooted in Directive 2011/92/EU of the European Parliament and of the Council of 13 December 2011 on the assessment of the effects of certain public and private projects on the environment, and in failure to conduct such an assessment before allowing continued exploitation of the Turów open seam. The facts seem beyond dispute, and such manner of going flies in the face of any legal norms imaginable.

Second, it has been reasonably substantiated that continued extraction of lignite at Turów until the final judgment is handed down may have an adverse effect on underground water levels on the Czech side of the border. Thus, the urgency test has been passed.

Third, the CJEU was seeking to balance the interests of the respective parties. In this connection, the Court took the stance that Poland’s professed harm (alleged inability to proceed with important energy projects) cannot be accorded precedence over human health and preservation of the environment. Societal and economic damage – job losses across the Turów mining and power generation complex – are economic in nature and, as such, cannot be classed as irreversible, in that any parties found to have suffered may be awarded pecuniary compensation.

The matter as we now see it elicits a number of observations, not only in the realm of the law. First of all, it is worth pausing for a moment over the part of the reasoning in which the CJEU juxtaposes ecology and health on the one hand with jobs and the economy on the other. The Court has deemed potential damage to the former to be irreversible and proceeded to accord pre-eminence to the environment and to human life and limb. Other damages relating to lost jobs and other monetary ones could be compensated financially. This, it might be added, is the idea behind the Fair Transformation Fund.

Then there is the impression that the Polish side, taken broadly, did not approach this dispute in purely legal terms. To wit, the billboard campaign in the Brussels featuring a little girl pleading that her parents be allowed to keep their jobs or aspersions cast at Justice Silva de Lapuert by certain prominent Polish lawyers are not instruments taken from a litigator’s toolbox. The same general questions arise with respect to the roadblocks threatened at the Czech and German borders by Polish trade unions.

The Polish argument that the Czech Republic and Germany also operate brown coal mines misses the point. Both these countries have drawn up plans to close their mines by 2038 and, what’s more, this original deadline has apparently been mover forward by three years. The Dutch Supreme Court has come down against such finger-pointing in the context of the Urgenda case, stating that the government cannot be allowed to plead that other countries also spew poisons and that the fact that the state’s “emissions only constitute a minor contribution to global emissions does not alter the State’s obligation to exercise care towards third parties”. This line is commendable; if it is not steadfastly upheld, we risk a situation where state entities the world over have nominal duties, but these duties cannot be enforced.

By way of final comments, the interim decision handed down by the CJEU in the Turów case was a surprising one all around, for the parties and also for the ecologists. The Court was quite firm in holding the Polish state to account as the ultimate authority in terms of energy and fossil fuel policy.

One would hope that this case might somehow move the labour unions and the local communities to start planning ahead, to endeavour formulating a long-term transformation scenario with due heed for energy needs as well as for job market support for newly redundant miners and for the interests of the wider community, financed by generous EU funding. Here, however, it seems as if though the Polish side will grudgingly pay out damages and then let the matter rest without further ado. The local communities must be aware then that the monies of Fair Transformation Fund will simply fly away. 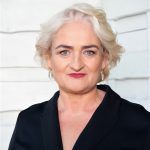