The maximum penalty that the President of UOKiK may impose on a business enterprise which has fallen afoul of the antitrust or consumer protection laws corresponds to 10% of the offending company’s turnover in the preceding year. Until recently, it seemed obvious to all that this is, in effect, a cap, a formula defining the maximum limit of aggregate penalties of all violations considered in the context of the given proceedings. All of a sudden, however, this is no longer so clear. In light of the most recent interpretation, UOKiK may apply a penalty in the maximum amount on a multiple basis within single proceedings, separately for every identified violation. “A single administrative case may encompass a number of different practices (or violations), for example failure to disclose the commercial objective and impeding rescission of the contract. In such an event, we can fine the offender up to 10% of his turnover separately for every practice”, the president of UOKiK, Marek Niechciał, explains to DGP. The implications ?  The aggregate penalty levied by way of a single decision may, at least in theory, account for all of last year’s turnover !  Just as importantly, UOKiK not only embraces this interpretation, but is becoming increasingly assertive in applying it in practice. UOKiK confirms that, only within the last few months, it has – on two occasions – levied penalties exceeding the maximum several times over. What’s more, UOKiK now has the benefit of a Court of Competition and Consumer Protection decision affirming this approach.

Is this new line of UOKiK justified ?  Representatives of the legal and business communities take divergent views. Some lawyers perceive a danger, arguing that, in light of this interpretation, UOKiK wields a tool which enables it not only to chastise a company, but to eliminate it from the market, accidently or otherwise. And this is not in the interests of competition, Bernardeta Kasztelan-Świetlik of GESSEL, former vice president of UOKiK, adds. On the other hand, she concedes that this may be the only means of dealing with those rouge enterprises for whom cheating customers is a deliberate business model. 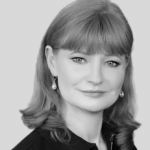 The amounts of penalties levied by UOKiK have always engendered excitement. Enterprises involved in pending proceedings would always try, with varying degrees of success, to estimate the penalty that they are potentially facing. In light of art. 106 of the legislative Act regarding competition and consumer protection, everybody could rest assured that a penalty imposed on a business enterprise for competition-inhibiting practices, for failure to file an intended concentration, or for violation of collective consumer interests may not exceed 10% of its gross revenue for the year preceding that in which the penalty is applied. When we refer to the clarifications concerning financial penalties for competition-inhibiting practices, we read that, if the amount of the penalty calculated in accordance with these clarifications exceeds this value, then the penalty shall be applied at 10% of turnover, not more. The European Commission guidelines from 2006 adopt a similar approach: “For every enterprise and association of enterprises participating in the offence, the final amount of the fine, in accordance with art. 23.2 of regulation 1/2003, shall in no event exceed 10% of the aggregate turnover achieved in the previous financial year”. When the antitrust authority sees fit to impose more than one penalty within single proceedings, there arise questions as to the exact scope of this limitation.

In its judgment of 3 April 2019 (the PZU Życie case, C-617/17), the Court of Justice of the European Union, addressing a question in the course of proceedings from the

Polish Supreme Court, ruled that two penalties may be imposed within a single decision but that the relevant national antitrust authority must make sure that these penalties, taken together, are proportionate to the nature of the violation. It merits pointing out that, in this case, UOKiK decided that the practice employed by PZU Życie violates domestic competition law and EU competition law simultaneously, and duly distinguished between these two breaches in its reasoning, breaking the PLN 50 mln penalty down into PLN 33 mln for the domestic law breach and PLN 17 mln for the EU law breach. Neither the Court of Justice nor the Polish courts had opportunity to address the question of whether or not such an aggregate penalty is subject to the cap corresponding to 10% of turnover in that, here, the penalty applied by UOKiK corresponded to only 0.5% of the company’s turnovers.

The question remains whether, and how, the maximum fine might be applied in a situation where the authority is punishing a number of violations in a single decision: does the 10% limit apply to every unlawful practice separately, or to the combined amount of all the penalties levied by UOKiK within that decision ?  Albeit the legislative Act regarding competition and consumer protection does not – as opposed from the Polish Criminal Code – expressly envisage a joint penalty within a decision, my feeling would be that an analogous approach is in order. Otherwise, we would be countenancing a situation where the sum total of penalties imposed on a business enterprise might exceed his turnover, effectively eliminating him from the market. Now that would be bad for competition !